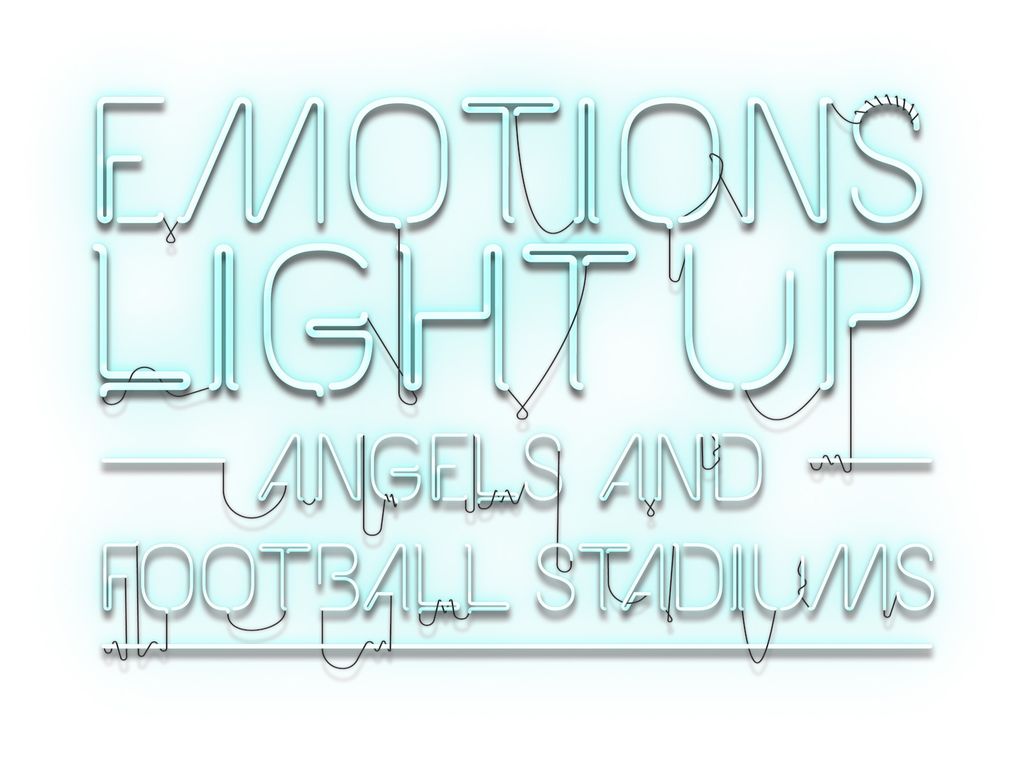 Across my work I seek to illicit an engagement from the viewer that results in an emotional connection. This was evident at the Victoria & Albert Museum where the viewer’s response to seeing their angelic identity revealed interactively through light in Ice Angel and in my animal series such as Flutter, where I slowed down nature to reveal the otherwise missed beauty of a butterfly’s flight, hopefully both to the delight and intrigue of the viewer.

These and my other works have thus historically been about creating pieces that the viewer responds to and then engages with. On the Peru National Football Stadium project, this relationship was reversed as I was actually tapping first into the emotions of the public and then using that to drive the visual output.

The football stadium tends to be the largest structure in any given city, far surpassing the biggest of cathedrals. They therefore inevitably end up being the containers of some of the largest and most emotionally charged crowds that come together on a regular basis.

When I teamed up with local Peruvian designer Claudia Paz for the lighting design portion of the Peru National Stadium refurbishment, I immediately started thinking about the semiotics of crowd behaviour. With all that emotion and passion within the concrete stadium walls, I proposed that we could capture the collective mood of the crowd and portray it in real time on the outside façade. The result would effectively be to render the façade transparent to those outside by exposing the mood within.

Through technology, I continue to seek to harness the pure “energy” of the viewer – their pulse, their mood and their unique traits

My team and I achieved this through a surprisingly complex series of bespoke hardware interventions and software algorithms, culminating in a sophisticated and highly accurate system, the primary output of which was boiled down to a surprisingly simple determination of whether the crowd was currently “bored”, “excited”, “disappointed” or “celebrating”. From these moods, all the lighting is then dynamically cued to the curated corresponding colour and animation pattern.

So while the project itself was a resounding success, what has really fascinated me since is the increasingly soft-edged boundaries between viewer and participant that I seem to be forging in my ongoing projects and artworks. In the case of the stadium, the façade had become an illuminated “canvas” being controlled by 50,000 spectators, perhaps the largest physical interaction input ever. In future projects we are already looking at larger inputs, again from physically present people (as opposed to social media feeds).

I believe there is something inherently fascinating about turning the viewer into the performer and looking at their role within the greater social framework. Through technology, I continue to seek to harness the pure “energy” of the viewer – their pulse, their mood and their unique traits. What is evident today across the façades of the stadium is hopefully only the starting clue of where that human tie to live artworks might slowly wonder and develop. Where it takes us long term I am not sure, but in the meantime I certainly intend to continue with the ongoing experimentations on ever-varying scales.