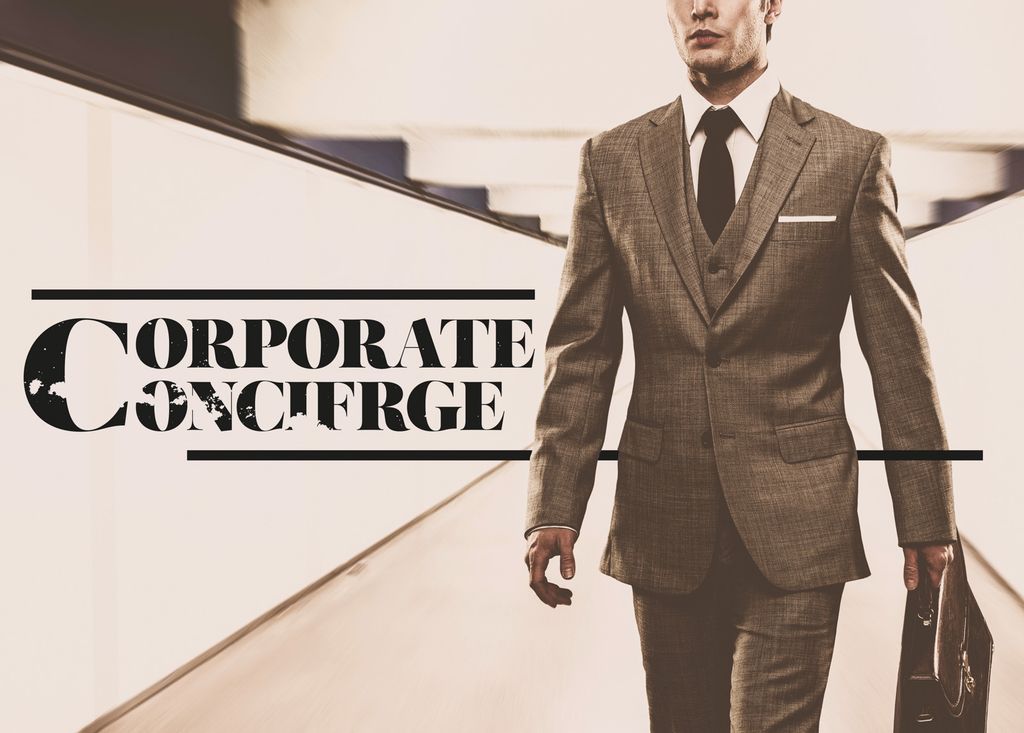 As more organisations invest in things to make their employees happier and more productive, Josh Sims talks to Ben Elliot, founder of Quintessentially, about concierge services for companies

“Well, I would say it was a good idea, wouldn’t I?” says Ben Elliot. He is pondering why – given that his own company, Quintessentially Lifestyle, took the idea of the hotel concierge to create a lifestyle management service by which its members can be granted short-order access to the seemingly inaccessible – big business has not followed suit in offering the same to its employees.

“The access it could provide would show that a business cares for its employees, as it does with a good canteen or discounts on gym membership,” he says. “The simple reason it isn’t done is the expense, although we try to provide some of the benefits to our own employees as we do to our members, and it is seen as a decent perk. After all, access to the arts especially is rightly regarded as one of the great pleasures in life.”

Perhaps it helps with staff retention, productivity or general morale – aspects of successful employment widely studied but, as yet, not in relation to the provision of an emotionally satisfying night at the theatre. Suffice it to say that Quintessentially (quintessentially.com) does provide companies, the likes of HSBC, Jaguar and Prudential, with such access to art shows, theatre productions, opera and ballet, which they then use for the benefit of their customers. Employees, it seems, can wait in line like everyone else. Or, at least, anyone who is not a Quintessentially member.

The National Theatre, near London Bridge

Established 13 years ago, the company’s now global membership, limited to 5,000 per major city, pay their annual fee so that Quintessentially will do their damnedest to meet their requirements, be that in the media’s imagination, delivering a dozen roses to one’s mistress or delivering a dozen white stallions to a wedding this afternoon. Of course, in practice the demands are much more prosaic and chief among them is access to the arts. Indeed, such has been the rising demand for tickets for events that have long since sold out or entrees to fairs that benefit from some expert insight, that Quintessentially has established dedicated art departments in each of its hub cities (it has 65 offices around the world), but also a separate business, Quintessentially Art, designed to arrange art fair tours.

“There has been huge growth in our relationship to the arts in line with the business’s growth, but also in line with society’s interest in the arts too – as entertainment, as talking points, as providing a need to remove ourselves from the more mundane realities of life,” Elliot argues, stressing that demand for access to arts events is one of the company’s priorities, alongside travel, sports and shopping-related ones. “The arts are much bigger now, compared with when we started out, and better marketed. It’s something real in a world that’s increasingly mediated through technology and we’re only going to want more.”

Chandeleir in the Quintessentially London HQ

Small wonder then that Quintessentially is making such efforts to provide it. It is, for example, currently working with London’s National Theatre regarding its 50th- year anniversary programme for 2014, securing tickets for the opening night for Henry V and so on. These days, such a relationship is collaborative: yes, a theatre knows that Quintessentially is a means to sell tickets, but also that it is a way to reach new customers and new donors. “Besides which, we’re really enthusiastic about what they do; we share their passion,” adds Elliott. Collaboration was not always the case. “In the early days of the company it was a question of begging, borrowing and stealing tickets,” he jokes. “But then our demands were less too. Now we have scale which means getting hold of tickets is much easier.”

And, sometimes, unfortunately so. Quintessentially overestimated demand for the football World Cup in Africa, for example, and was left holding a load of unwanted tickets. This is a rarity, at least, with arts events. But Elliot concedes that reading the arts market can be tricky. “Some theatre productions, for example; you can just see they will be big and take a position on them accordingly. But there are always those productions you don’t know will be monster hits – say Mark Rylance in Jerusalem – which turn out to be so,” he says. “There’s no scientific approach to it; we rely on people who know the arts and can read the signs.”

A night at the opera

The highbrow aside – and Elliot notes that his members’ tastes are as diverse as any other member of the public – one might not have readily predicted demand for tickets for recent commercially and critically successful London West End productions, such as One Man, Two Guvnors. “Of course, there has been a huge burst of enthusiasm for the contemporary art scene and on a global scale,” he says. “Theatre is important, and tickets for ballet and the opera are often requested. But look to our booking team right now and it’s all about The Book of Mormon.” With the Quintessentially Group including a ticket booking agency, this is usually a problem overcome. “And when it’s a tiny production and demand is very high, it’s not been unknown for us to send people to queue in the rain for returns, and sometimes we get them,” he adds. “Members expect that access and are right to expect it.”

But Quintessentially’s dealings with the arts are actually much more complex and richer than this might imply. It is, for example, increasingly taking the task of providing its members not just with hard-to-get tickets for popular arts events, but for events it has created itself exclusively for them, such as a talk by Geordie Grieg, author of a recent biography of Lucien Freud, one around the release of the Coen Brothers new film in January, its Saturday morning tours of the East London gallery scene or behind-the-scenes visits. It’s concierge service as salon, perhaps. “And I have to say I’ve attended a few of the events myself recently and learnt a ton of stuff,” adds a pleased Elliot. Then there is Quintessentially’s role as sponsor of events such as Frieze, Art Basel Miami, Masterpiece, or as project partner with BAFTA or the Serpentine Gallery, in part to improve access to tickets, but also with a view to building ever-stronger relationships.

“There was a sense not long ago that we were doing a good enough job [in relation to the arts world] and needed to bring in real specialists because many of our members are knowledgeable and want to deal with people who know what they’re talking about,” he says. “And that’s especially the case now that more people are interested in art as investment and art is now a serious investment class. Some people want to be taken by the hand as they explore this side of art. Certainly not all of our members are interested in the arts just for their spiritual benefit.”

The City of London

The latest research, conducted in Scotland, finds that those who participate in culture, or attend cultural places or events are more likely to report good health and life satisfaction than those who do not – 60 per cent more likely, in fact; and, more specifically, 25 per cent for those who had attended the theatre.

So might Quintessentially go into the arts deeper still? Elliot says he would stop short at directly investing in, for example, a new stage show – a hugely risky venture at the best of times – but is intrigued by the idea of being more the creator than the middle man. “We’d like to invest more in the access to arts and we’d certainly consider organising the likes of exhibitions and symposiums ourselves because they’re the kind of thing our members, with an average age of around 45, are interested in. They are less bothered about getting into the latest nightclub.”

The company’s founders, Aaron Simpson, Paul Drummond, and Ben Elliot (fun fact: he’s the nephew of the Duchess of Cornwall)

65 offices around the world

13 years since the start of quintessentially