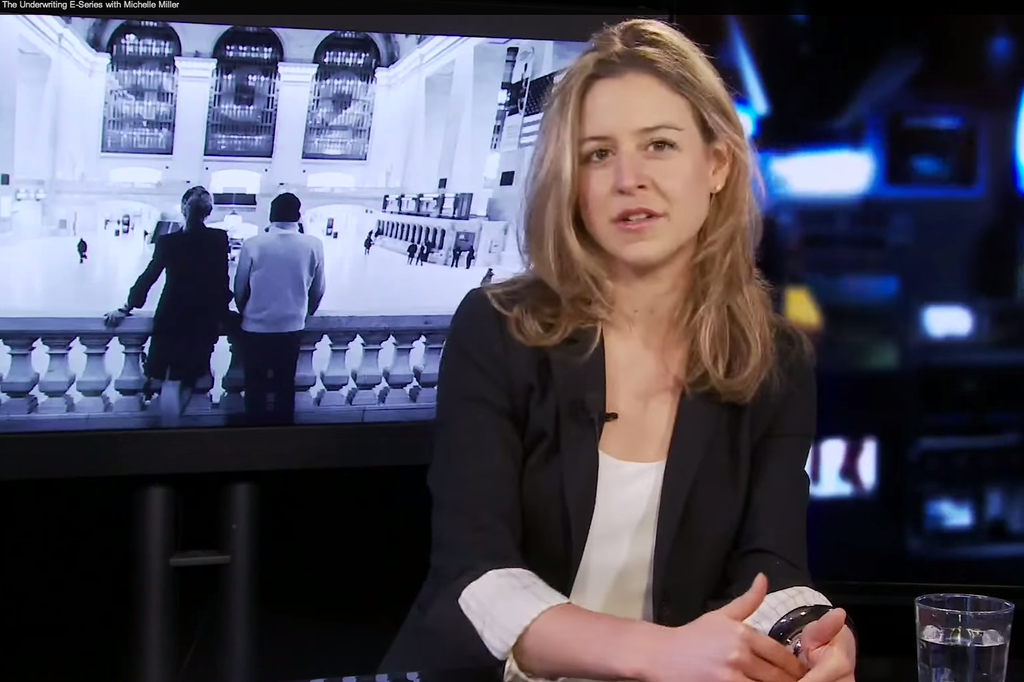 What started out in newspapers before books were even widely available has come full circle into the digital age. Artworks’ editor in chief Dominic Rodgers spoke to writer and entrepreneur Michelle Miller

The Underwriting is a novel approach to, well, the novel.

It is a story that takes you into the world of Wall Street and Silicon Valley in an innovative and entrepreneurial approach to publishing.

The story has been serialised online with 12 ‘episodes’ of about 30 minutes reading time (or listening if you prefer) released once a week since March. All episodes that have been released are now available to download any time, but until now you would have had to wait for new episodes to come out each week.

It is a digital only series so far and has brought a new way of interacting with stories to an old format. “It brings the anticipation of TV shows where you have to wait for each episode to literature, which makes reading more accessible to people who think they’re too busy,” says Miller.

“I wanted to create a world that reflects the social media enabled lives people lead. It’s slightly ‘meta,’ I know. It explores the way people are creating their own reality through social media. It’s blurring the lines between the authentic and fictional world.”

The story follows L.Cecil, the New York Investment Bank, which is underwriting the IPO of Hook, a social, location based, dating app that’s a major player in the fictional, fast paced world Miller has created.

One of the marketing strategies her and her team have launched is creating fake Tinder accounts for all the main characters in the story to seed the series with the right crowd. “I hadn’t heard of Tinder when I wrote the story, but it works perfectly.” She’s not worried about any possible implications of using it for her gorilla marketing campaign, which further blurs the lines between the fiction of her writing and the real world. “I wish they’d sue me, it would be great PR!”

Miller is no stranger to the worlds of business and finance. For two years she was a JP Morgan Private Bank associate and before that spent three years as a consultant at Farmer and Company working in analysis and corporate strategy with advertising agencies. In between the did an MBA at Stanford, where she had originally graduated in English Literature.

Speaking to Miller is energising. She is optimistic, and dynamic at the same time as reflective and wise. “In 30 years the history books will write about the good that came from the financial crisis.”

She’s not saying the recession was a good thing, or defending it at all, but she is focusing on the opportunities for positive change, which it presents. “When I graduated from University in 2006 my friends and would get offers consultancies or investment banks paying four times as much as you get in other professions. It makes you think it’s the best way to really make an impact.”

Many bright, ambitious, and talented young people are leaving the money, and ‘opportunity,’ of corporate world for more fulfilling careers elsewhere, and Miller is one of them. However, the negative stigma associated with bankers and lawyers is oversimplified, she explains. “I wanted to show that there is more to the stereotypes than people realise, and confront the fact we write people off too quickly.”

It wasn’t always an easy writing process though, particularly with one of the characters, “I really didn’t like Nick. I just didn’t think he was a good person, and it was getting mean writing him.”

Miller found it important to try and empathise with the characters in order to make sure it stayed realistic.

Miller is really mixing the arts and business across the board. The empathy of an artist/writer, with the business mind and attitude from her commercial and finance past. How is her experience of fusing the spirit of creating art for its own sake with a more strategic and commercial approach?

“If content is valuable you can create other revenue streams. As an entrepreneur and writer I can see publishing has a lot to learn from the music industry in that respect. You could have venture capitalists approaching the arts with the same perspective as they do with business, looking at start-ups and doing things differently.”