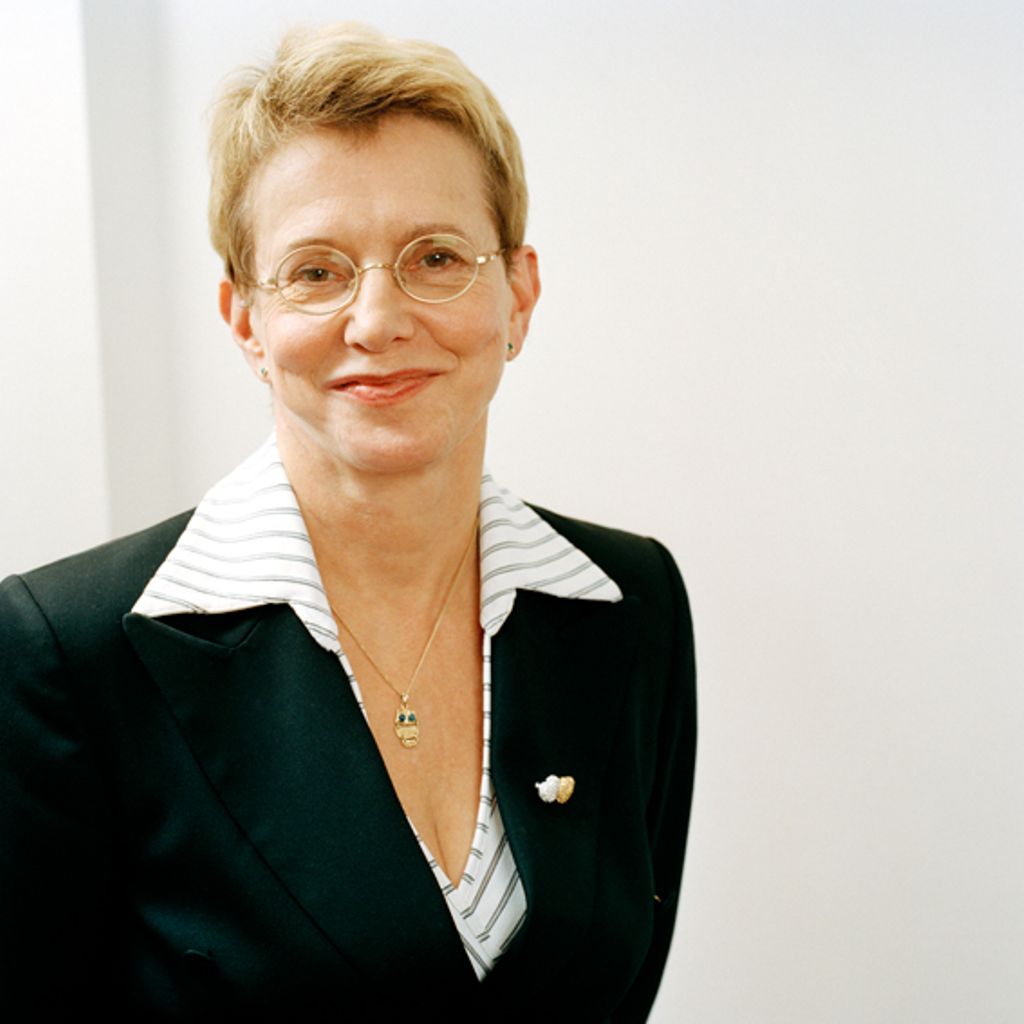 BANKING ON A PUBLIC-PRIVATE PARTNERSHIP

Former Bank of Finland governor Sirkka Hämäläinen tells Peter Archer that, in the face of austerity politics and cuts in public finance, the arts must not be abandoned by government

The arts belongs to everyone, whether they are rich or poor. And when governments are concerned with controlling public spending, they should resist cuts which will deny access to the arts by the low paid or unemployed.

“Even though there is a natural need to increase private co-operation, I would like to underline the importance of the basic philosophy in Nordic societies that the arts belong to everyone independent of income level,” she says.

“Along with a high tax rate, our electorates have authorised governments to ensure the arts are available and reachable by everyone. This should not be forgotten at a time of austerity – even now public financing is a clear priority.”

Ever the seasoned diplomat and careful not to suggest that this Nordic philosophy should be imposed on other parts of the world, Dr Hämäläinen, who chairs the board of the Finnish National Opera, is in favour of a public-private alliance to fund artist endeavour.

But how do we manage to fund the arts at a time of austerity?

“We fund them very much in the same way as we would during better economic times,” she says. “Efficient use of resources, high-quality arts and customer appreciation are always of vital importance, as well as a diversified income base consisting of a balance between sales income, public funding, and private co-operation with business and other private supporters.”

Indeed, Dr Hämäläinen believes the need for art is even greater in austere times. “Arts play a crucial role in people’s health and wellbeing, and equip them with the strength and courage to face uncertainty and change. The arts also offer a positive and valuable ‘medicine’ to the growing senior population, alongside other age groups,” she says.

“Arts are clearly undervalued as a tool and channel for innovation; without the creativity that the arts represent, society would lose its competitive edge. No society can thrive without the arts and the values connected with them.”

Could the arts thrive without professional input and managerial knowhow co-opted from the business sector?

“Managerial competence is partly due to the fact that business and arts are more closely integrated than before. Arts institutions get valuable support from business in the form of pro bono consultation in managerial questions.”

Business and the arts both need people skilled, for example, in leadership, sales and marketing, communications or building customer experience.

“In addition, as well as funding, business people active in supporting the arts bring with them wide social networks, which helps arts institutions engage with society in many directions.

“It is evident that this close co-operation with business helps to attract more and more creative, versatile and dynamic people with good managerial skills from business into arts management.”

Dr Hämäläinen points out that support for the arts not only enhances the creativity and wellbeing of employees in business, but also creates an emotional bond between business and customers which promotes sales and long-term profitability.

It is a valuable tool in improving efficiency and competitiveness in a positive and lasting way, encouraging thinking outside-the-box, looking at things within a business from a new perspective.

“But we should not forget the sense of satisfaction and the life-enhancing effect of the philanthropy to the benefactor, either,” she adds.

“Supporting the arts is a long-term tool for economic success which must be well embedded in the strategy of the business. Private sector involvement is very important, but the natural distribution of labour and duties between public and private sectors means to my mind that this involvement in general has a commercial aspect.

“An entrepreneur or benefactor is seldom in such a position that he or she can support the arts for purely his or her own satisfaction and joy – but luckily there are these kinds of great people too.”

But isn’t business support for the arts intangible when it comes to the bottom line?

“Arts institutions are important employers, not only in terms of in-house staff, but through the services and products they buy. These effects are entirely measurable,” says Dr Hämäläinen.

“As important, but not as easily measurable, are the researched positive effects of the arts on health and wellbeing of both those employed and those outside working life. And, naturally, a creative and human society is necessary for competitiveness and economic success, even though this effect is not quantitatively measurable.”

Dr Hämäläinen calls for a change in attitude among all parties in the arts, business and politics. “Arts people need to understand better that they are not working in a void and just form art’s sake. The arts are active players in society where wellbeing is created by both economic and cultural elements in close co-operation with each other. Art should preserve its integrity and independence, but work closely with all other parts of society,” she says.

“Business people and politicians need to be convinced of the vital role of the arts in society and in the economy. Top management plays a crucial role in private support. The more chief executives of companies and artistic directors engage with each other, and the more company executives understand the value of high-quality arts as a tool for better performance and satisfaction, the more valuable co-operation is to be expected.”