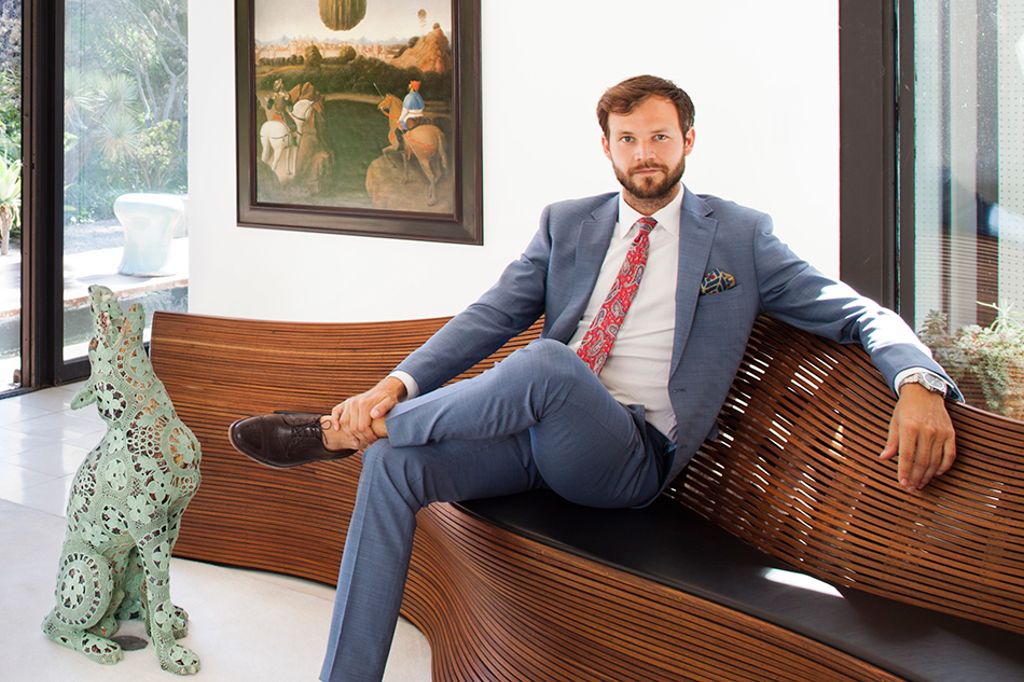 AT THE CENTRE OF HOLLYWOOD’S ART SCENE

We tuned in for a quick chat with Linus Adolfsson from Seomi Gallery in Los Angeles.

In 2006, when P.J. Park, the founder of the Seoul-based art gallery and consultancy Seomi International, paid Wright auction house $3.5 million for architect Pierre Koenig’s Case Study house in Laurel he had no idea what the purpose of the house would be. Using the house as a showroom for Gallery Seomi would prove to be a brilliant idea. Recruiting a young salesman, Swede Linus Adolfsson, from Hästens Beds, was an equally smart move.
28-year-old Adolfsson has during his short time as the gallery director helped Seomi to become the new-kid-on-the-block at Los Angeles art scene.
You started off selling Hästens beds in LA, apparently very successful. Is it important to be good at sales when selling art too?
I believe that the distinct meaning of "sales" is an interesting concept to discuss. Both with Hästens as well as with art, and to understand your client is crucial.
Hästens provides a universal utility by offering the best sleeping tool in the world. Art is the complete opposite as there is no function of the art itself and it provides a different value to different consumers. For some it is an investment, for others it's a hobby.
With art the most important factor is to educate your client and provide them with enough information to make an educated decision. Many times they rely on their galleries or consultant to help them make a decision but it is more hand-holding and support than selling.
In Sweden it's always been sensitive to mix art and business, do you have any idea as to why?
I would argue that Sweden in similar to many other European countries in this regards. The US is a role model. They allow people the freedom to do what they want and only judge by result compared to predetermined rules and etiquette.
Do you believe that we one day will we see a frictionless click-and-buy model in the art world?
It depends on the level of artworks that we are discussing. The most exclusive works of art will always have to be reviewed in person and the relationship between the seller and buyer will remain crucial. But we see more and more activity coming from the Internet and social media, so it is important to observe.
When you come to Sweden, where do you go and what do you do?
I usually come to Sweden in June after Art Basel for a few weeks. In addition to hitting up some Swedish artists I'm always enthusiastic to indulge in the Swedish restaurant scene.
What do you do in 3 years time?
I recently started to work on a new art project in Asia that will be my main focus for the forceable future. Despite a stagnation in the Asian art market during the last year it remains the most interesting market in the world. We have seen many European and American galleries building up their presence in the area and I believe that any gallery that want to remain world leading will have to understand the market in the East. 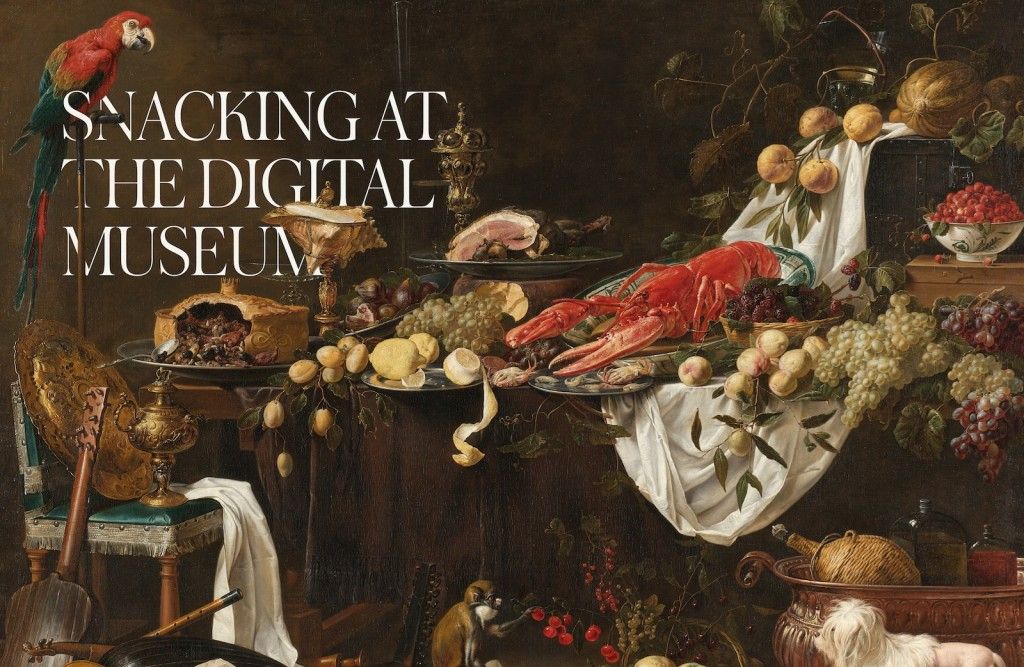 Snacking at the digital museum

How do you turn a huge headache into an even bigger opportunity? Beatrice Gullström speaks to Martijn Pronk , head of publishing at the Rijksmuseum in Amsterdam, about digital rights
7 min read 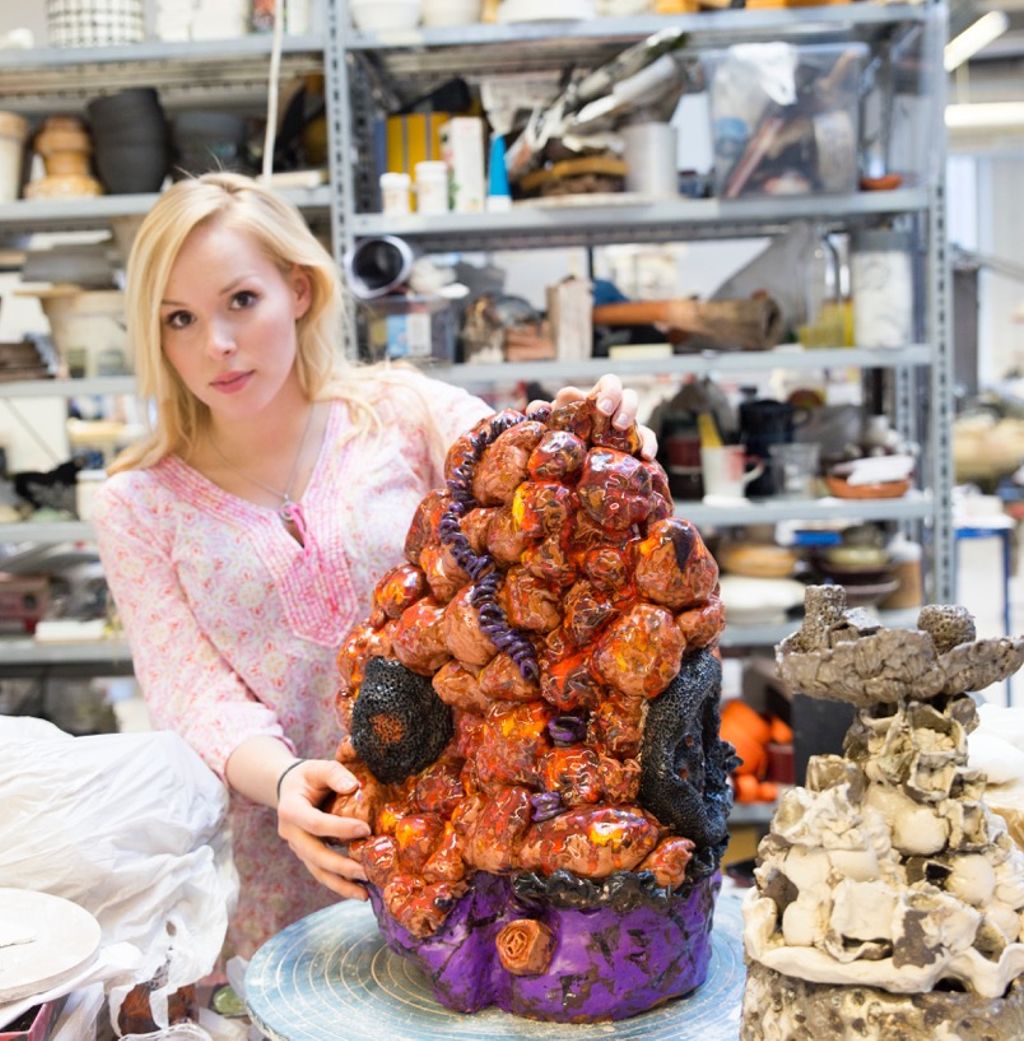 Artworks met up with talked-about artist Anna Tedestam a gloomy day in her studio at Konstfack in Stockholm.
3 min read

Snacking at the digital museum

How do you turn a huge headache into an even bigger opportunity? Beatrice Gullström speaks to Martijn Pronk , head of publishing at the Rijksmuseum in Amsterdam, about digital rights
7 min read

Artworks met up with talked-about artist Anna Tedestam a gloomy day in her studio at Konstfack in Stockholm.
3 min read