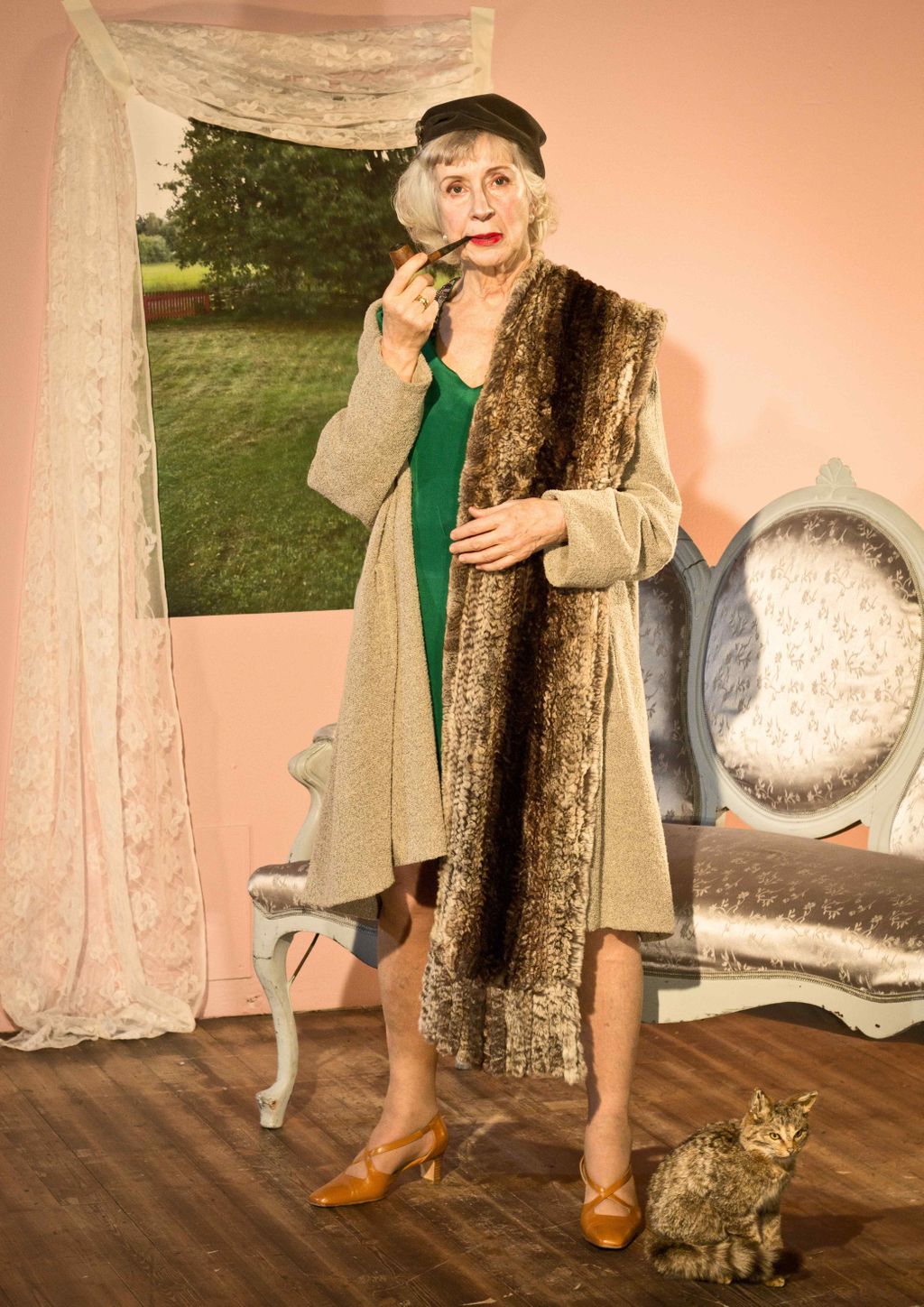 ARTISTIC INTEGRITY FOR THE MAINSTREAM

Ellen Myrgård met with Suzanne Osten, artistic director at Unga Klara, to discuss bringing the surreal to a wider audience

She describes it as a work built on inner feelings with various types of design language. At first glance it seems to be a mix of genres but for her it’s just a story in different layers. “Many people want to see theatre work that is compatible with reality. Lammungarnas fest portrays what happens inside our minds instead. Why must art be placed in different categories when it can be both tragedy and comedy at the same time?”

An exciting feature in the play is the author’s own voice leading the audience through the story, which is a mixture of comical, and serious topics. It’s all based on an original text written in 1940 by the Mexican surrealist Leonora Carrington, who is well known for depicting political development from a female perspective. Suzanne has worked on the piece for over ten years and has wanted to bring Carrington’s work to Sweden for a long time. “She was a genius and didn’t receive nearly as much attention as she deserved.”

A theme of liberation runs through the play, portraying a woman breaking free from her family and finding passion. In parallel with the main storyline, the play is also criticising the class system in society. Every character has their own animal identity. Suzanne guesses that the physical nature of the show, the interaction with the audience, and all the music may be the reason why Lammungarnas fest has been described as a comprehensive artwork. But for her it’s simply just theatre art hoping to shock the senses. “We have chosen to show a different side of reality, which is the artist’s duty.”

Suzanne started Unga Klara in 1975 and has been the artistic director ever since. She developed a completely different approach to art when she attended a workshop held by the American director Tom O’Hogan in her twenties. He gave Suzanne the opportunity to explore own ideas on stage, a way of teaching that she later embraced herself. “It’s more important to talk about the process than the product. I want to develop my ideas together with my actors. You need a vision but the vision shouldn’t be completely controlling. If the director just invites the actors to illustrate his reality you will miss out on the actors thriving creatively.”

The theatre’s goal is to create high-quality art for both children and adults, and they have reached international success with the special way they invite the audience to interact. Suzanne has been rewarded for handling taboo subjects, and contributed greatly to children’s culture. Early audience rehearsal is one part of the process. It is important that both the theatre connoisseur and children can put forward their opinions early on.

The theatre also offers a health programme supported by the county council, and it has also gained support from media and advertising companies. She thinks it is absolutely right that in Malmö doctors prescribe culture-activities, as culture is a vital part of our community, equating culture with the food we eat to survive. People need to socialise over spiritual things to feel healthy and alive. But compared to Stockholm in the 70’s, the culture climate is more careful. “With such a rich cultural society we shouldn’t have to be as hesitant as we are.”

Suzanne believes it is possible to appeal to a wide audience while maintaining artistic integrity. During the 40 years since she started Unga Klara she has learned to get behind projects she believes in. She imagines she would make a good copywriter in advertising with her experience of pitching ideas. She is sure that the new leaders Farnaz Arbabi and Gustaf Deinoff will continue to develop Unga Klara in the right direction.

Some artists react negatively to the concept of selling culture but Suzanne’s goal has always been to attract everyone to Unga Klara, even the uninitiated theatre goers.