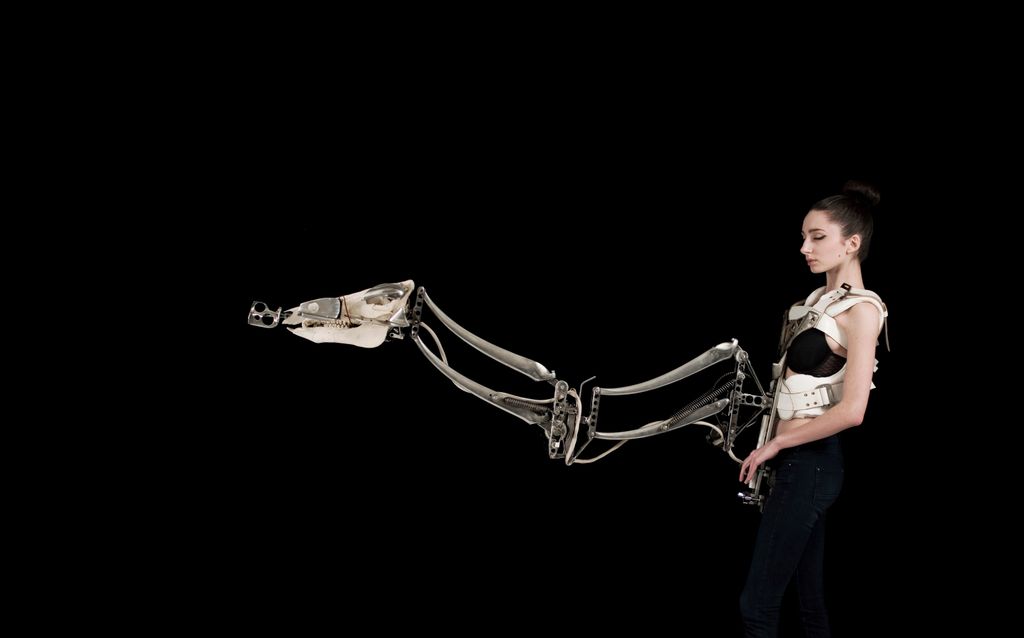 Dianne Harris, co-founder and director of Kinetica Museum, showcases an art form which explores evolution and human interaction with technology

With the advance and development of scientific and technological culture, many contemporary artists have crossed over from fine art disciplines into new media with artworks that utilise and warp technology to explore, nurture and comment on our evolutionary processes.

Kinetica provides an international platform for this type of art, which has a strong historical lineage dating back to the early-1900s and is now enjoying a global resurgence.

Chris Levine, Presence of an Angel 2012

Launched in 2006, Kinetica Museum presented a dynamic series of high-profile events at its museum space in London’s Spitalfields Market and received widespread recognition for its exhibitions, performances, workshops and talks by artists.

From 2007, Kinetica began to take its groundbreaking exhibitions and artists all over the world and, in 2009, Kinetica Museum produced the first Kinetica Art Fair at Ambika P3, London, where it has been held annually ever since.

Galleries, artists’ collectives, curatorial groups and organisations specialising in kinetic, electronic and new-media art from around the world are able for the first time to exhibit together in one place, collectively portraying an “art of universal knowledge”, where many disciplines are called upon in the creation of the work and its concepts.
Alongside the fair, Kinetica presents a diverse programme of talks and performances to provide further insight into the themes explored, and include a series of performances utilising the Musion holographic stage where the boundaries between two, three and four dimensions are pushed to their limits.

Kinetica is interested in the movement of our times, in presenting works and concepts that are in essence a statement of our evolution, where we have come from, where we are now and where we are being propelled. Kinetica’s role is to capture and showcase as much of it as possible.

Zwanikken’s installations are like an interactive Wunderkammer and include configurations of shrieking, clapping and ticking curiosities generated by machinery as if in a futuristic zoo. His new work, Exoskeletal, is a robotic, body-extension suit consisting of a real boar skull, which has been reanimated with animatronics mounted at one end and an adjustable mechanical harness at the other.

The Exoskeletal becomes anthropomorphic as it is worn, extending the human body through mechanical prosthesis, pointing to the evolution of the human species. It functions as one complete operational system where the human body and the animal robot are in a state of symbiosis, a harmonising of the technological and the natural. Zwanikken has recently exhibited at New York’s American Museum of Natural History and at the most recent edition of ISEA.

De Thelin works primarily with light, both as a medium and as a subject. Over the past ten years, she has been creating light sculptures and light installations that explore the phenomena of reflection, refraction, fragmentation, conduction and transparency. She uses a range of materials, including fibre optics, quartz crystals, mirrors, perspex, wires and chains. Finding inspiration in astronomy, scientific theories and quantum physics, her latest work focuses on ethereal beings and organic forms, such as spirals, ellipses, waves, volutes and veils, to create large light pieces.

Like her other holographic light sculpture, Seated Child (Columba) is made of edged optic fibres, a technique developed by the artist to create 3D forms out of light points. Columba is named after the small, faint star constellation Columba Noachi (Latin for Noah’s Dove) and symbolises our growing consciousness. Continuing in the series of Homos Luminosos (Latin for Luminous Humans), this new member of the family is a child, a young girl sitting in a constellation of quartz crystal stars. Ethereal, transparent and illuminating, she glows as a metaphor of the veil that divides life and the spirit realm.

Levine has been exhibiting his work with Kinetica since its inauguration in 2006 and before that at the Luminaries Gallery in 2003 and 2004. He is a pioneer in the field of light art, creating holographic digital artworks in pursuit of the most vivid visual sensation. His work explores light, not just as a core aspect of art, but also as a transformative power that may take its audience on a spiritual and philosophical journey. It explains why paying close attention to those things the eye all too often misses might just help to elevate our visual perception and to experience a “lightness of being”.

His Angel, shown at Kinetica, is a mounted lightwork representing a life-size angel that utilises the visual echo of blipvert technique, projecting imagery into the viewer’s peripheral vision. The viewer interacts on a sensory and perceptive level, becoming immersed in the energy field created by the work, standing between the nature of reality and the reality of nature. Angel leads people into a sense of awe, via momentary meditative states, in which they have an expanded sense of godliness and connectedness with the unseen realms; a glimpse of another dimension.

Levine’s work has been exhibited nationally and internationally, and his collaborations include the Eden project, Anthony and the Johnsons, Philip Treacy, Massive Attack, Grace Jones and Asprey jewellers.

Lewis creates animatronic objects that raise questions concerning the boundaries between nature, perception and fabrication. He endows objects with properties that they should not naturally possess. New creatures are invented; man-animal-machine hybrids are brought to life and existing objects are fetishised into mechanical forms. There is a sub-conscious element to his work originating from his very own vivid dreams and fascination to the strangeness of something that is not quite real in this conscious world. For him “kinetic art highlights the importance of bringing both inventions and imagination into a physical existence”.

Artists are looking across many disciplines and collaborating with physicists, cosmologists, engineers, biologists, geologists, architects, historians and other academics as free thinkers without limits or boundaries to express a greater understanding in their work.

“Kinetica is playing a leading role in promoting and developing media art, an art form that has traditionally been under-represented in the UK,” says Fabienne Nicholas, of the Contemporary Art Society.

“We are seeing an increasing focus on this vibrant area from serious art collectors and interestingly from the curators of galleries and museums, who are the custodians of collections for public audiences to enjoy into the future. With so many artists looking to alternative modes of production, communication and exhibition of their work, the place where art and technology meet is an intersection of possibilities.”