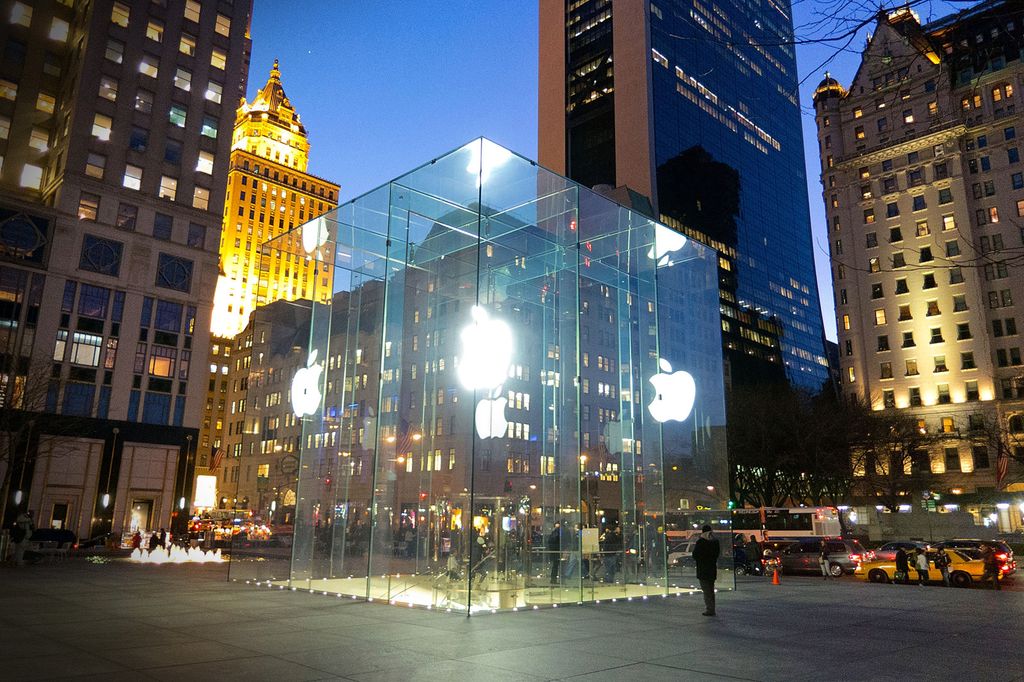 When it is so easy to buy online, brands need to use their physical spaces to create unique experiences worth talking about. Matt Judge, former art director at Apple and principal of Eight Inc, suggests creative ways to engage

Sell, sell, sell. That used to be the point of retail spaces. Showrooms championing commodity, funneling customers towards a transaction. Their presence on the high street was an anchor for the brand, promising a tangible assurance of legitimacy that the emerging e-tailers couldn’t offer.

But times change. Fast forward to the present and Amazon have blazed a trail for others looking to take advantage of the more agile business model that online shopping permits, becoming one of the most loved and trusted brands without so much as a shop window. In a buyers’ market, when price is the only differentiator, the lowest bidder invariably wins.

The click versus brick story isn’t new and the repercussions have been felt for over a decade. Notable scalps include such former stalwarts of the high street in the UK as MFI and Woolworths. Undoubtedly the problems in those organisations were rooted deeper than the retail strategy alone, but their failure was due, in part at least, to the fact they were trying to answer the wrong question. They were worrying about “How can we compete?” with price and convenience as benchmarks, when they should have been focusing on “How can we engage?”

When Eight Inc collaborated with Apple and its visionary founder Steve Jobs to create their global retail concept, the starting point was not to consider the project as “retail” design, but as a brand experience.

Against the trend in retail, where success was measured in sales per square feet, 8 chose to use space not to sell, but to interact with customers. We recognised that sales represented such a small percentage of the relationship between Apple’s customers and their product, and instead focused on everything else that surrounded that – a sense of discovery, inspiration and support.

Apple’s retail space became an extension of their brand values: an open space with unrestricted exposure to product, encouraging discovery; lecture theatres hosting free events to educate and inspire; and unprecedented access to “geniuses” that demystiﬁed the product experience.

Being omni-channel has been another critical component in the Apple success story. While traditional silos sit comfortably in older, less agile businesses, this doesn’t translate to a customer who views each “moment” with the brand as just a fraction of the sum of the whole. Using the Store App to help facilitate the in-store experience is just one example of how digital is being leveraged to work in Harmony with physical, rather than in opposition.

The starting point was not to consider the project as ‘retail’ design, but as a brand experience

The inﬂuence of Apple’s “Think Different” approach across the retail category is evident. Alongside adapting the genius concept in the shape of their own “gurus”, telecommunications network O2 has placed service at the heart of its concept, moving away from the sales-driven strategy of old. And with schemes like Priority Moments, they have bridged the gap between physical and digital, and created new ways for the brand to be relevant in a local context, not just integrating itself into a community, but also helping shape it.

I met Simon Smith, head of omni-channel at Telefonica, at a recent speaking event, where he talked about moments of connection. For O2 it’s not about owning a phone, it’s about what you can do with one that really excites them (‘it’s not the stone that makes a house a home”) and connects their customers to the brand. Any competitor can sell you the latest handset, so make the offer about something more emotive. Those moments of connection build relationships and, if delivered consistently, loyalty.

Back to “bricks and clicks”, it’s not just about bridging the gap between physical and digital – the former needs to learn from the latter. Brands’ physical spaces need to start behaving more like their digital counterparts, embracing beta and being less resistant to change, with form and function evolving along with user feedback and needs. That doesn’t mean ﬁlling all available space with glossy screens.

Imagine if the top ﬂoor of your local Nike Town had a running track, where customers can experience the product in all conditions, guided by experts. Imagine a Mercedes showroom that lets you take the car home for a week to really feel what it’s like to own one. Or imagine Sony building audio and photographic studios into their ﬂagships, free for all their product enthusiasts to use for non-commercial passion projects.

Once banks were valued pillars of their local community. What if HSBC’s branches took banking back to its roots, behaving more like community centres, and offering hot-desking space and socially focused service to its members (not clients). Wouldn’t that really be the world’s local bank?

Great product trumps most things, but as products and services become more alike, it’s even more important to distinguish a company from its competition through its behaviour and beliefs. When physical spaces are designed as extensions of such, whole branded experiences with generosity and connection to both context and customer at their core, truly amazing moments occur.

The question is not how does retail compete; it’s how does it evolve? How does it turn its showrooms into do-rooms? The brands that ﬁgure that out will own the future.