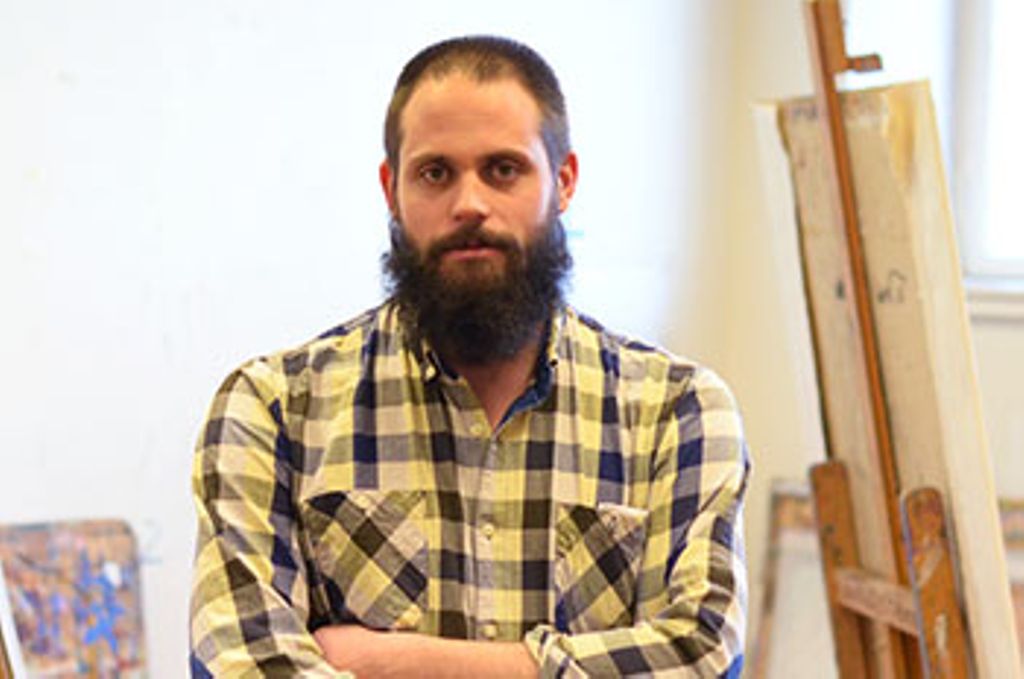 THE CONSTRUCTION OF SOCIETY

Jakob Ojanen is a collector of sorts, an artist on the look-out for displaced objects in the urban landscape around his studio in Bagarmossen, just outside the Stockholm city centre. Jenny Danielsson met with him to chat about summer excursions, urban aesthetics, and one of his artworks currently on display in Ängelsberg.

Ängelsberg Sculpture Park is located along a river, between the town itself and the World Heritage Site, Engelbergs Ironworks, build in 1681. Started in 2003 by a local art association, the park has nine permanent sculptures. This year Jakob Ojanen is one of the artists invited to participate in their summer show which is open 24 hours, and the entrance is free.

Hi Jakob! What’s on display in Ängelsberg?
It’s a sculpture called Untitled (The Construction of Society). It’s an installation of large fencing structures, including objects that I've collected around my studio in Bagarmossen. Discharged, abandoned (sub)urban remains that for one reason or the other have caught my attention. A large rock filling an IKEA bag, for example. Or two rather remarkable marble constructions that I'd had my eyes on for months before I took them with me. Other objects have been sitting in my studio for a while, gathering dust. Like the board that's been transformed into an information sign. There’s a child sized spade I once used to mix cement for another sculpture. Not to mention the work clothes that I wore while installing the work, a pair of trousers from SJ and a pair of Karhu sneakers. I've put the paper coffee mug I used on my way to Ängelsberg in one of the shoes.

They're all things that have been used up, thrown away, disregarded or hidden. I'm very interested in the aesthetics of the (non)functional and in what happens when objects are juxtaposed. It's kind of a understated tribute to all the humble little things that you can find lying around, and how they relate to the abstract cityscape. Did I tell you I dug a hole with the spade on site too?

Apart from the local highlights - the Ironworks and some old oil refineries - there are a few spaces for art. Half an hour by car to the north is Avesta Art/Verket, presenting a smart group show every summer. If you drive east, the Aguéli Museum is worth a visit. If you were happening to arrive from the south, I'd suggest that you stop to visit Stenhuset in Surahammar.

I work with various techniques and materials, ranging from painting to digital media to object making. Each of these has its own trajectory, which sometimes makes it hard for me to define what I do. But the overriding theme is my interest in the aesthetics of the urban periphery. In my day-to-day life in the city and its surroundings, I go through a process of collecting my thoughts alongside the materials that I will be working with. When it comes down to it, my work is an ongoing exploration into the nature of art.