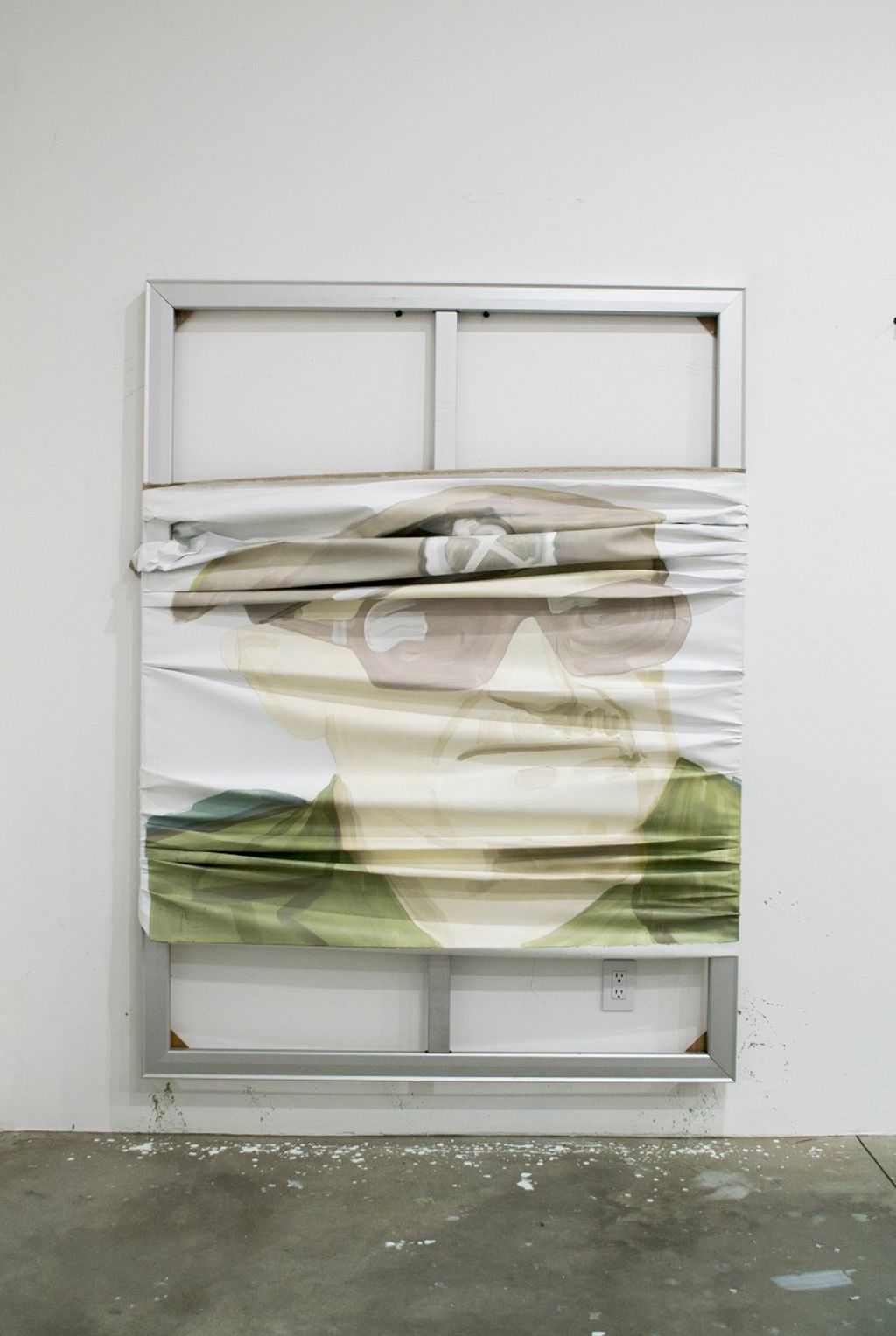 Opening reception of Jwan Yosef's solo show at Stene Projects. Yosef’s work, while minimal in execution, is loaded with political and autobiographical signifiers. Having emigrated with his family from Syria to Stockholm at a young age and being educated in western cultural society, Yosef draws from a variety of pop culture, personal and political influences from these disparate places. For one group of paintings, Yosef focuses on propaganda shots of Syrian dictator Hafez al-Assad whose power grab (and that of his son, Syria’s current leader Bashar al-Assad) deeply impacted him at a time when his family decided to emigrate to Sweden. In another series of canvases, he focuses on glorified publicity stills of Hollywood pop icon Rock Hudson, whose transcendence from cinematic idol to queer icon changed the public’s perception of AIDs, humanizing the disease and also becoming a deeply important persona for Yosef. Two other paintings in the exhibition feature portraits of his father Ahmad Yosef, a Kurdish Muslim who at the time crossed ethnic and religious lines to marry a Christian Armenian which triggered the families move to Sweden and profoundly impacted Yosef’s life. Each of these characters, distinctly different in their political and popular persona, represent separate memories and time frames for Yosef throughout his upbringing and who would later in life come to bring a deeper understanding of his heritage and search for identity. His interest in the plasticity of material is forefront in the works as he removes the staples from behind the painting, crumping and distorting the canvas. In this suggestive stripping, Yosef links the once simply emblematic portraits with a seductive and seemingly destructive gesture. Seen together, the works are comments on the wider perception of our immediate being and surrounding cultural and political situations.