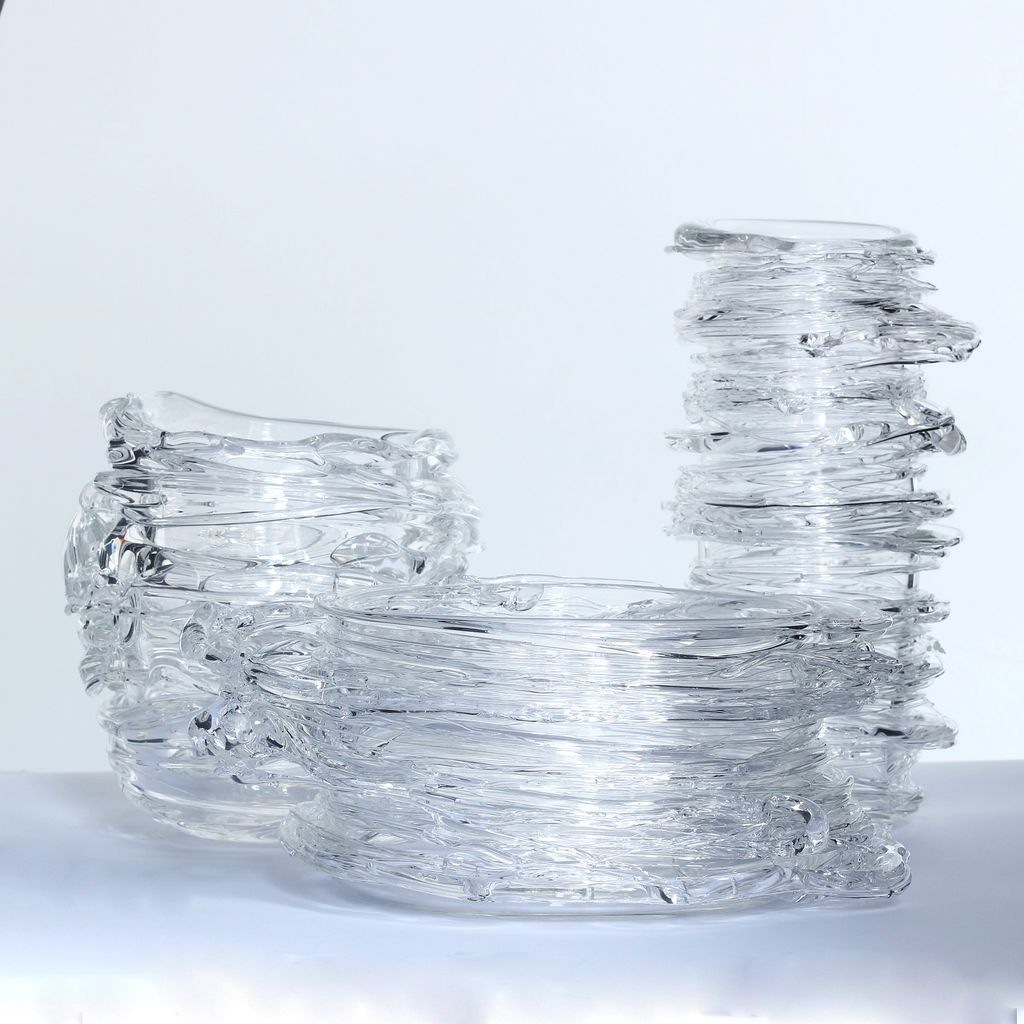 Welcome to the opening of Backa Carin Ivarsdotter's solo exhibition "Thoughts on Consumption and Function". Ivarsdotter has been sparsely with exhibitions in recent years, since she has mainly focused on public art. Therefore, we are very pleased to exhibit new works in "Thoughts on Consumption and Function", with mainly functional sculptural works. In this exhibition Ivarsdotter moves freely across borders; she combines ceramics, glass, wood, textile, metal and fur in work with sound, light, feel and smell to a kind of whole. The opening will be held at Berg Gallery on Birger Jarlsgatan 67 in Stockholm on Tuesday, February 6 between 5 and 8 pm, and along with the Stockholm Design Week. Ivarsdotter's artistry takes off in nature as a sacred power and the mindless exploitation of it. Her missing of untouched nature and the alienation to the earth has made her create her own version of nature and symbolism. Ivarsdotter thinks nature is difficult to interpret and yet fascinating and at the same time scary. But her works and installations do not attempt to imitate true nature, they are rather an inner version of nature symbolism filtered through television and dreams. Her version of nature contains as much of true nature as of the childhood spell forests and the symbols of her dreams. Ivardotter's starting point for the exhibition has been a lot of fragmentary thoughts and facts, such as: "There was something magical in crafts. It was almost supernatural to be a swordsman. Magic was tied to the object and rites. " "Mankind has wiped out 130,000 or seven percent of all known animal species on earth." "Female crafts always have had low status. All these hours of embroidery. Expertise and knowledge. Now we do not have time. " "Nature is dangerous and impossible to tame. We will all die, but the earth will remain. And it will conquer us all whatever we try to do. " "How many objects makes you happy? Where is the limit? It's impossible to live completely without objects. " Backa Carin Ivarsdotter (born in Uppsala, Sweden in 1973) took her master's degree in Ceramics and Glass at Konstfack in Stockholm in 2000. Her graduate project "Selfdestructing Porcelain Net" had a big impact both on exhibitions and in international literature. Ivarsdotter’s work has been shown in many exhibitions in Sweden and internationally, both in solo and group exhibitions. She works scenographically, where she uses a room to create a certain atmosphere and feeling. Ceramics and glass are still the foundation in her artistry, but she works freely with materials and minds - ceramics, glass, textile, concrete, metal, plants and trees, animals, sound and light. In recent years, Ivarsdotter has mainly worked with public art, such as Biskopsparken in Linköping, Street at Hornstulls Strand and now with two traffic points for Förbifart Stockholm. The exhibition ends in March 10th.

"Thoughts on Consumption and Function"